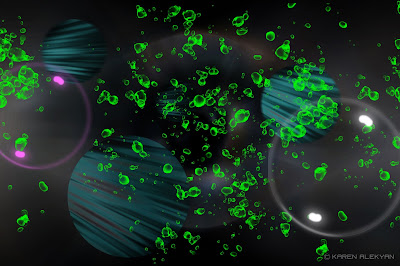 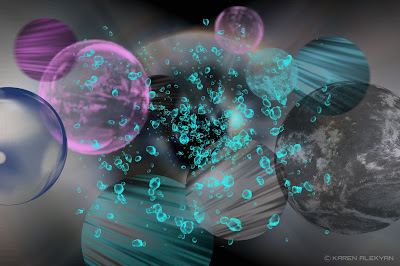 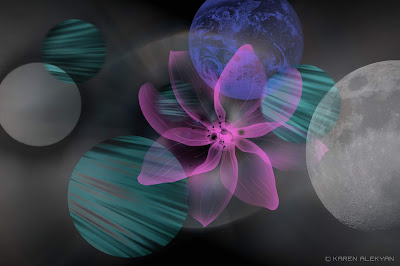 Very often we move around, in reality, in our thoughts, our dreams. And during this process the reality and the abstract, the time and the distance are opposed to each other, they unite and transform. They change our thoughts, our relations and feelings, the continuous consequence of life and death, the contradiction and harmony of the surrounding reality.
These mystical images are transparent, like our dreams. These are reflect our surrounding reality. Today everything is changing so quickly and as for all of us. These changes and transformations influence, form a new way of life. A new human being will emerge and this is - another reality. 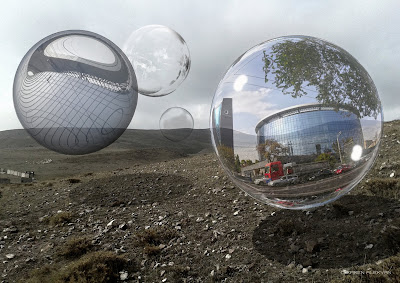 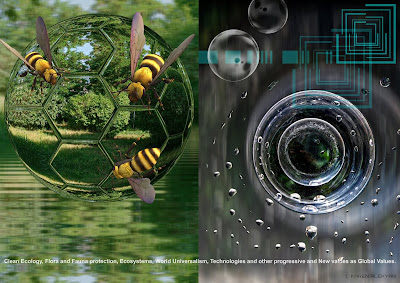 This graphic representation is a mirror image of a rotating planet, decentralized modern systems and molecular structures. It is covered with bees, which are known to play a very important role in our ecosystem. Unfortunately, this species is now under threat of extinction, which can pose a huge threat to our civilization in the near future.
http://www.digilyfe.co/2018/08/scientists-developing-robot-bees-to-pollinate-crops-as-bee-populations-decline/#efbl_popup
New technologies and alternative ways are the most important guarantees of the future development and maintenance of our ecosystem.
Consequently, the environments surrounding us, the systems of flora and fauna, are an integral part of our constantly changing being, which undoubtedly need our care and attention. It reflects many global problems, the need for ecology, environmental protection, etc.
What also gives us an alternative opportunity to look at the future for our society. 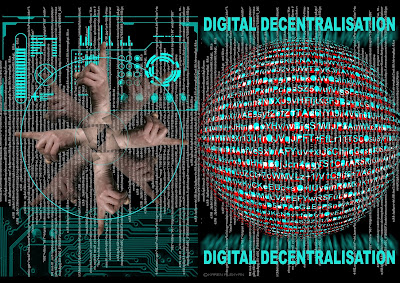 New world economy, culture will be formed around New civilization centers. Super powerful Corporations as structures that coordinate and monitor the state, economy, politics, science and culture. Technologies, New educational systems will be first rate and on the highest level of development. The notions North-South, East-West will disappear.
Finally people will manage to receive unlimited amount of energy. World Economy will be exclusively based on energy and hydro resources. Man will reach maximal harmony with Nature. Mechanized systems will replace physical work.
Human individuality will be expressed through digital technologies. Religions and human races will disappear. Cloning will be a necessity. A new moral psychological area will be formed, new relations will exist. The world will unrecognizably change. The residences and cities will have absolutely new schemes connected with the physical changes of the planet. They will be overwater and underwater, over ground and underground. Global Culture will be formed, there will only be World Consciousness.
Автор: Karen Alekyan на 14:36 Комментариев нет:

RoboHuman (selfportrait, Face to Face or to the another reality) 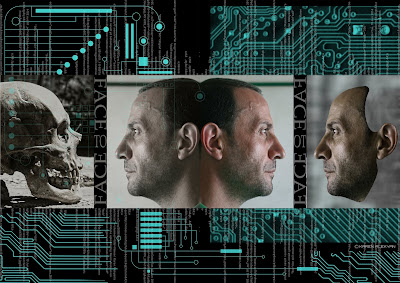 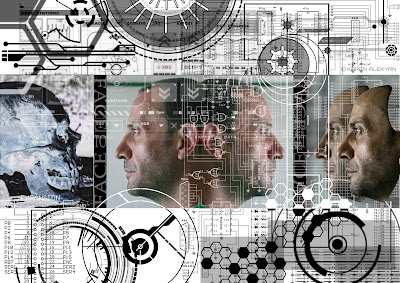 The Future Society will be super industrial, but it won’t be like the present capitalist society.
Nations will disappear and people will speak, communicate in one language. Cloning and transplantation will be very important in scientific research. People will create supersensitive and emotional robots similar to themselves.
The transformations of such instincts as satisfaction of stomach and sexual desires, destruction each other and others will finally differentiate Man from mammals.
In the future, the line between human and machine will almost disappear. Progress in technology will allow people to improve themselves with cybernetic parts. Scientists will unite the strongest qualities, transplanting the human brain into a fully synthetic body, which will erase this face even more.
It will be a race of humanoid robots.


In the future, the role of the artist in creating humanlike robots will be very important. They will portray, create, collaborate with other specialists from different fields of science and technology. They will be carriers of a New Cultural Era. 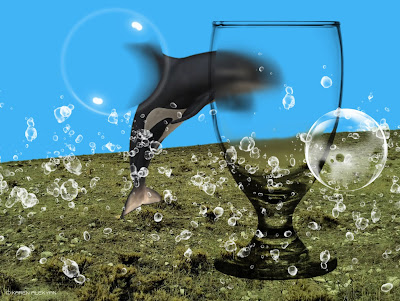 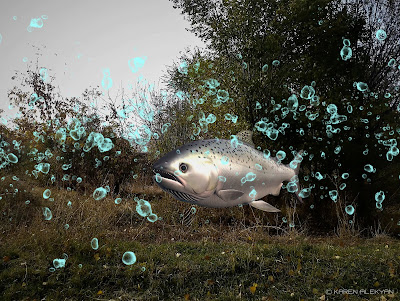 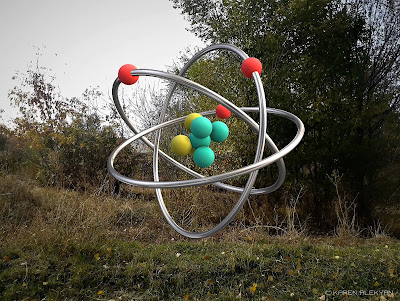 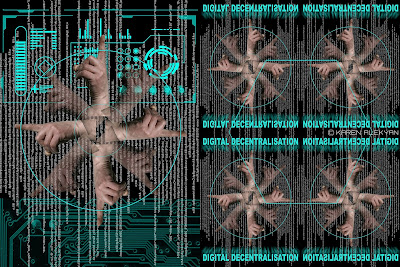 Karen Alekyan
Digital and media artist. As a contemporary artist, his art reflects the social-economical pictures and global technological developments. The Contemporary Art is an inseparable part of the developing technologies, the science and changing existence, which raises a lot of up-to-date international changes, a necessity to protect ecology and environment. It’s an ideology that will lead to the universal future. He is sure that the main issue in the context of contemporary art should not be the philosophy of inperfect past but that of foreseen Future.